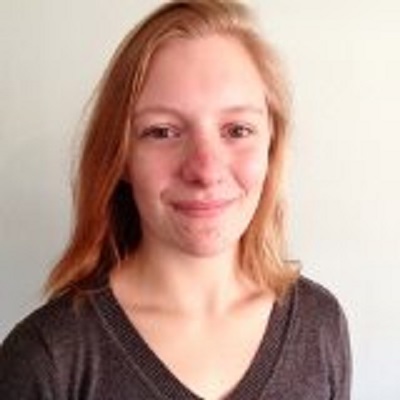 My research project consisted of re-proving some mathematics related to the orbits of binary star systems, in an effort to answer the question of whether hypervelocity stars can come from type 1a supernovae. I would spend time working through physics equations to determine what would happen as a result of various changes to the stars, and then write code in Python to plot those equations and determine trends. Other students, particularly those who were not CCC transfers, worked in Python and other programs to create simulations of stars, and some folks worked more with observational data to run simulations. Basically, everyone was working on something that matched their skill level (so we were being challenged but not overloaded). I had a fairly unique experience in the program compared to the other students, some of whom were from other CCCs, some from UCSC, and some from other 4-year schools. I was assigned a post-doc mentor, whom I met with almost daily to ask questions about the physics and coding. I also had several meetings a week with my PI, in large and small groups, and various workshops and lectures I was required to attend. Some PI's were more hands-off with their undergrads, and in some research groups there were more grad students to offer help. My PI and mentor offered quite a bit of hands-on guidance, and that worked well for me. Being totally new to research, I had a larger learning curve, but now I see what it's about. For any MESA students interested in astronomy, physics and/or coding, I'd recommend this REU, unless they really need money out of it. This program paid a bit less than the other REUs I was considering, and didn't cover food, which most others do. There were a lot of out-of-pocket expenses that I didn't know about beforehand. Additionally, while it's a very supportive environment and people are more than willing to help if you don't understand something, it would be harder for someone who has had no astronomy background. There were a few in my group for whom that was the case, and really it just meant extra work/reading for them. But it's a great introduction to what research actually involves, so for that alone I'd recommend it to anyone, astro major or not. I would say that each week brought a series of aha moments, but the big takeaway was understanding how research happens. It was an introduction to the fact that 90% of the time it's a struggle, but that 10% of the time when the code works and everything clicks, you make progress and that success carried you through the next round of frustration and confusion. Now that I've had a taste of it, I can go into my upper division coursework and I feel like I'll be able to make an informed decision about whether or not research is for me. For the time being, I plan to go to grad school and eventually work in academia or NASA, but those are decisions I'll make over the next few years as I learn more. I hope this was helpful response. This was an interesting summer for a lot of reasons, and I hope that my experience can help someone else potentially find an REU that interests them.